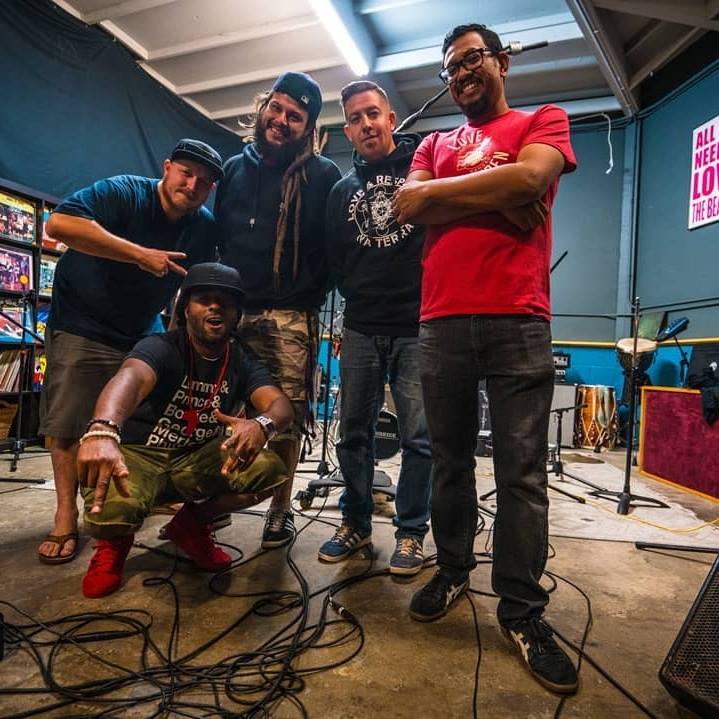 The passion to create a unique, roots reggae band is what brought the members of Arise Roots together. Hailing out of Los Angeles, California, Arise Roots was formed in 2010, however, it seemed as though these brothers were eventually destined to cross paths. Each member had been performing in various reggae bands throughout Southern California and backing various reggae legends coming into town. However, drummer Ron Montoya decided to form what he considered to be the next powerhouse reggae band.

The goal: to create a fresh reggae sound with a modern feel that appeals to all ages and races, but one that doesn’t compromise the true feel of roots reggae. Anybody who has had the opportunity to witness an Arise Roots show understands the powerful sound and positive vibration that they produce. Always paying homage to past reggae legends, Arise Roots’ sound is influenced by such artists as The Heptones, Israel Vibration, The Wailing Souls, Black Uhuru, Dennis Brown, Gregory Isaacs, Mighty Diamonds, Alton Ellis, Barrington Levy, Burning Spear, Bob Marley and The Wailers, The Skatalites, Alton Ellis, Sizzla, and Midnite. In addition, Arise Roots has had the opportunity to share the stage with such artists as Barrington Levy, Michael Rose, Sister Carol, Big Youth, Midnite, The Meditations, Kymani Marley, Gramps Morgan, Dennis Al Capone, Pappa Michigan, Mad Lion, Gondwana and even hip hop heavy weights Public Enemy.