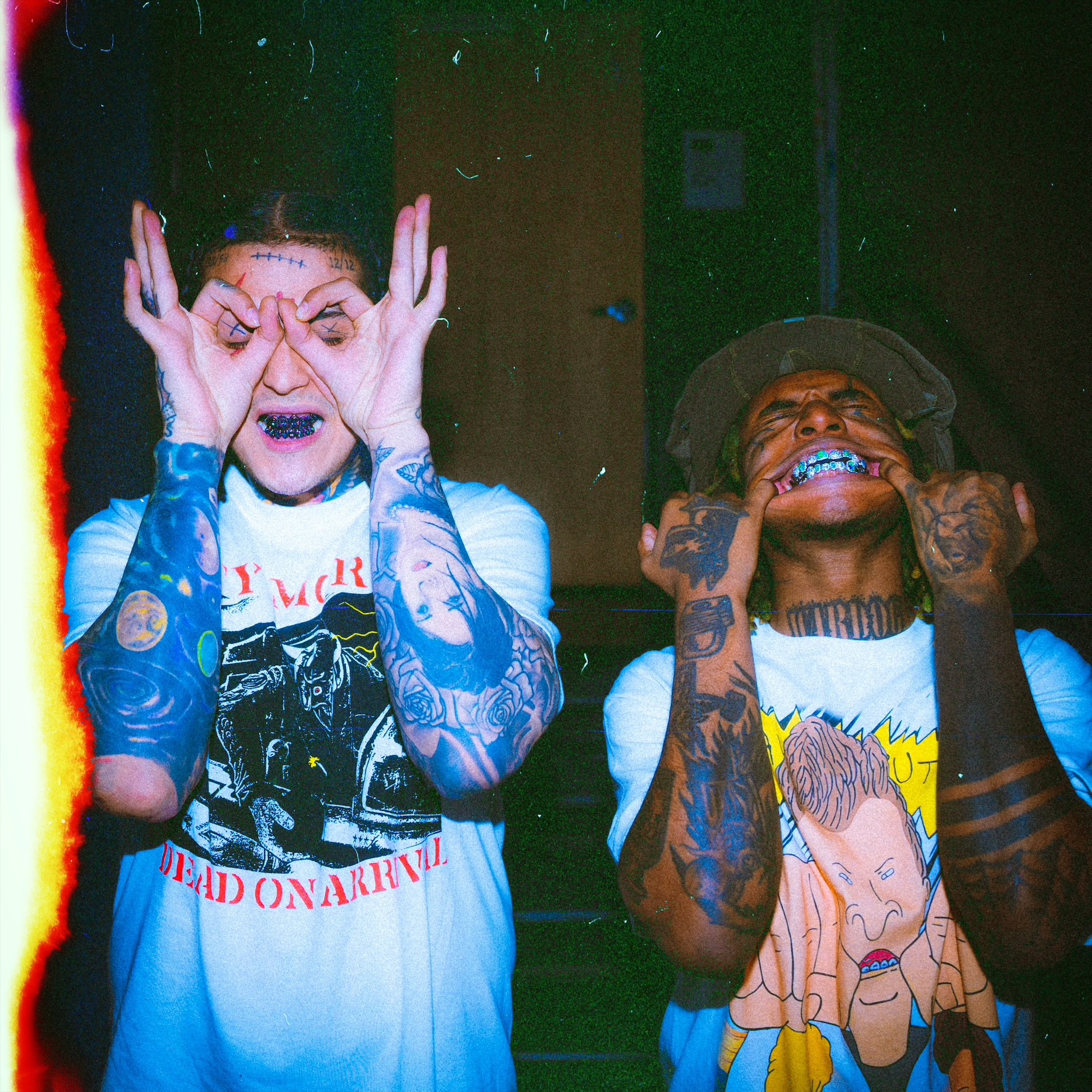 City Morgue bring the danger back to rap and rock. Since 2017, the New York duo—ZillaKami and SosMula—have gathered hundreds of millions of streams and views, sold out shows, and infiltrated the culture with each subsequent release. Following their game-changing debut CITY MORGUE VOL. 1: HELL OR HIGH WATER, they rushed to the top of the charts with 2019’s CITY MORGUE VOL. 2: AS GOOD AS DEAD executive produced by the legendary Mike Dean. It captured #1 on the Billboard Top Rock Albums Chart and #1 on the Apple Music Rock Albums Chart with over 195M Global Streams. While it was also #3 Billboard Top Album Sales and top 20 on the Billboard 200 Chart. Impressively, tracks from the Deluxe Edition “THE FALL BEFORE THE GIVE UP” [feat. Clever] and “ACAB” [feat. Nascar Aloe] engaged a hostile takeover of Soundcloud’s Top 50 Rock Chart at #1 and #2, respectively. On its heels, the 2020 TOXIC BOOGALOO EP clinched #96 on the Billboard Top 200, #9 on the Top Album Sales Chart, #5 on the Alternative Albums Chart, #13 on the Top Rock Albums Chart, and #4 on the Nielsen Music Digital Albums Chart. They’ve also notably joined forces with everyone from Denzel Curry to IDK on songs as they average over 1 million monthly listeners on Spotify. Not to mention, City Morgue have garnered praise from the likes of Complex, Pitchfork, Mass Appeal, Stereogum, Revolver, and many more.

Speaking to their influence among one of the most rabid fan bases in music, they instantly sell out each successive merch collection. High-profile collaborations include drops with A$AP Bari’s VLONE, Bravado, iconic illustrator Mark Riddick, and creative director Joe Perez.

An unapologetic, undeniable, and unmatched duo, City Morgue fearlessly rage with a brand of metallic rap meant to leave a scar on the game not only now, but forever. Between forthcoming solo releases, the two most malevolent villains in music will return for City Morgue’s third full-length.   You’ve been warned.