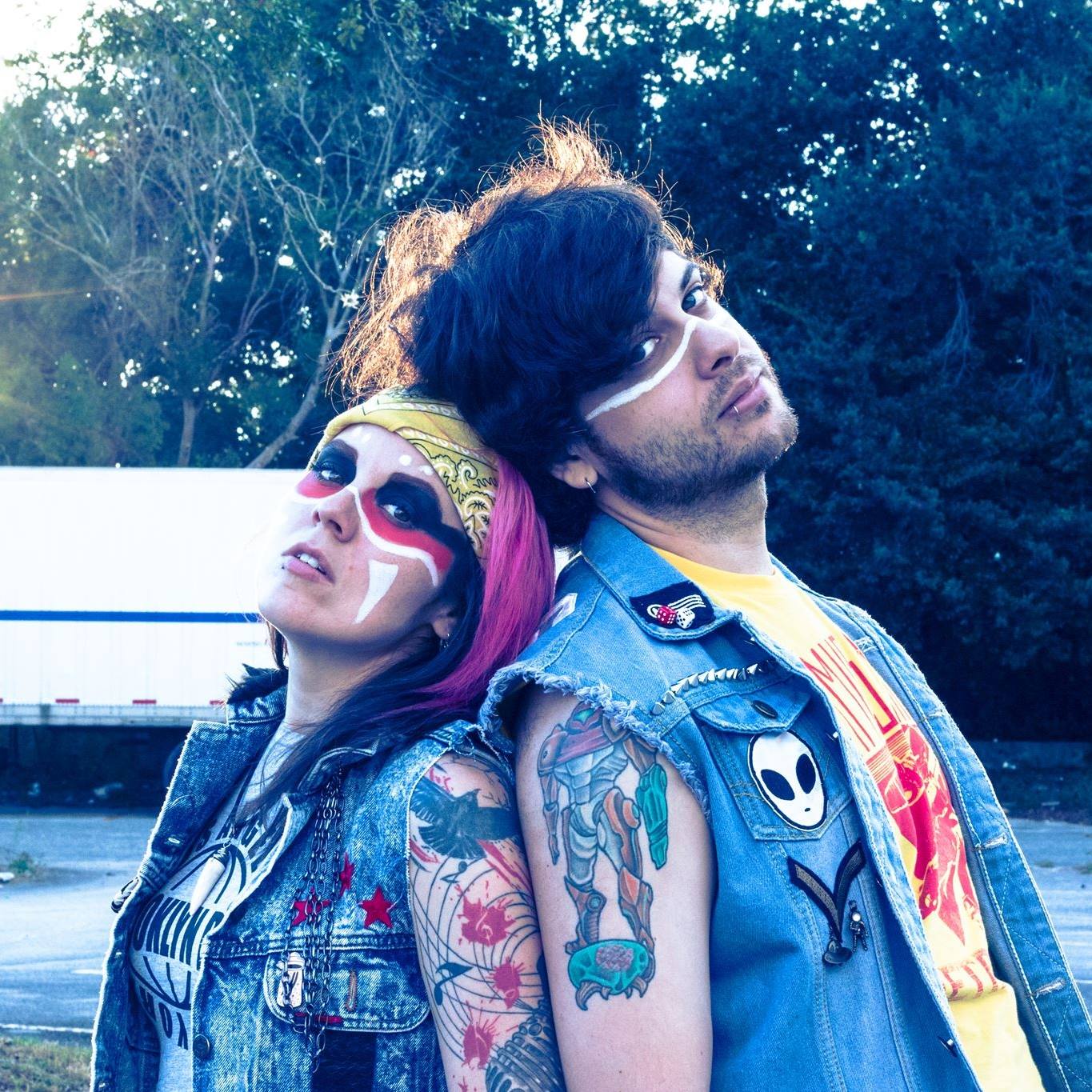 THE DOG APOLLO, and THE ALMAS

Dancing with Ghosts is an electronic-infused alternative rock band from Jacksonville, Florida. The band was started by Josh Cannon back in 2015. After multiple attempts to work within a traditional band dynamic, Josh ventured off on his own and began writing, recording and performing his own music. In 2017, Stephanie Conner joined the band a few months after Dancing with Ghosts’ first full length release: “Koyaanisqatsi”. Stephanie contributed her vocal talents on the band’s second album, “The Nightmare Inside You”, which was released in March of 2018. Along the way, Josh and Stephanie have been producing numerous music videos which have garnered thousands of views on their YouTube channel. Josh and Stephanie have taken a “do it yourself” approach to every aspect of the band which is something they take great pride in. As a result of a successful podcast Josh hosts (Uncovering Unexplained Mysteries), Dancing with Ghosts have passionate fans all over the world. Dancing with Ghosts is currently working on an album of all new material and releasing new singles.

Forever passionately in love with the classic 60’s and 70’s hard rock sound of pioneering artists like Led Zeppelin, Janis Joplin, Deep Purple and Black Sabbath, bourbon house is on a mission to write songs that are timeless and infectious with riff-driven, blues-infused stompin’ grooves.

The sound of the midwestern small town quartet Bourbon House’s riff-based groove rock has been described as “modern rock with a hard 70’s blues-rock edge.” As vocalist Lacey Crowe likes to describe their songs, “Straight-up, timeless rock and roll”. The band consists of Crowe, Jason Clark on guitar, Ryan Sargent on drums and their newest member Johnny Pries on bass.

Their 2019 single “Devil on My Heels” won the praise of Classic Rock Magazine: “Expect delicious spadefuls of Heart, Led Zeppelin and Janis Joplin with this gnarly blues rock number from Wisconsin rockers Bourbon House. Spearheaded by smoky-yet-strident siren Lacey Crowe, it’s the kind of music that doesn’t know whether to flirt with you or kick you in the teeth – and we mean that in a good way.” Bourbon House won a feature on the magazine’s covermount compilation CD, and also won Track of the Week against a poll of talented, well-established signed bands. With the aid of influencial rock radio DJ’s around the world, including a shoutout endorsement from Eddie Trunk, the single quickly climbed the underground rock ranks, reaching #1 on the independent charts in Australia and #2 in  the U.K.

The hard-hitting and gritty rock song “Too High to Care” is the newest single from Bourbon House, released April 17, 2020. It has also received the praise of Classic Rock Magazine with a track of the week nomination, has been featured in multiple publications and radio stations, and landed them a slot on the blind anxiety entertainment roster. Recorded and produced at the legendary Rustbelt Studios in Detroit, MI with engineer Steve Lehane, it’s the first single off of their upcoming 2021 album release.

The Almas are an all original Hard Rock band from New Munster, Wisconsin. Their music has a very large and organic sound following the yester-year of Rock N Roll. They jokingly describe themselves as a hard rock version of Fleetwood Mac, just dirtier.

The Almas impart the truest essence of Rock n’ Roll through guitar driven licks, road dog attitudes, and a high energy, professional live performance!Since the beginning of 2019, they have embarked on two US tours, playing from coast to coast, most notably playing the Whisky A Go Go and breaking into Canada for Maple Rock Fest. Their ultimate goal is to bring the new wave of Rock n’ Roll entertainment to your city.